Blast from the Past - 2004 Munster Intermediate Hurling Final 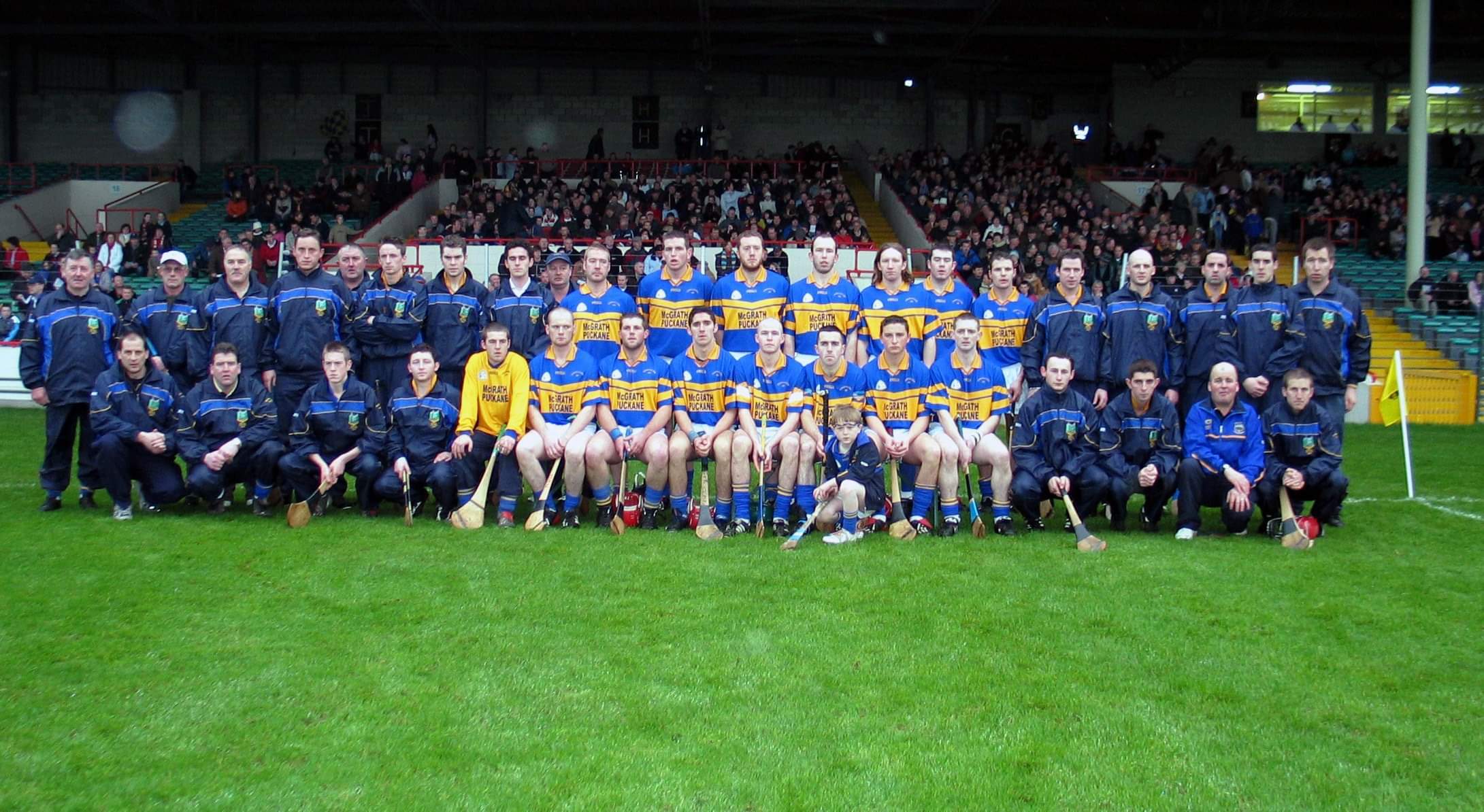 It seems that there will be celebrations in the parish of Kildangan for the rest of the winter after they overcame Limerick side Dromin-Athlacca to win the Munster Intermediate Club Hurling Final in the Gaelic Grounds last Sunday.
It has indeed been a year of great success for the small North Tipperary parish that won the County Intermediate title in recent weeks to make a return to senior hurling for the first time since 1976. They have also been named Club of the Year and this victory over the Limerick champions is the club's first taste of provincial success and has capped a memorable year for the Kildangan

Last Sunday's win over Athlacca was hard work in the dismal conditions of the Gaelic Grounds and it took a piece of magic by former county minor Conor Hayes to turn the tide of victory in favour of the Blue and Gold. His goal arrived with two thirds of the match played, after the Tipperary club had clawed back to be level with Dromin-Athlacca who had taken led until that stage. Liam Karl Flannery was found in space 50 yards from the Limerick goalmouth. His
attempted point dipped 14 yards short and Hayes running to the ball with his back to goal connected with an overhead flick that bulleted to the roof of the net. It was a crucial score at a vital stage and it gave Kildangan a lead that they held onto the finish.

In a particularly low-scoring first half, the Limerick side were first to make an impression on the scoreboard and within eight minutes held a four point lead. First corner forward Paul Storan cut inside from the left corner and hit over which was soon followed soon after when a long ball sent in was picked up by full forward Donal Scully, who raced by Liam Kelly, soloed up to the goalmouth and kicked the sliotar to the back of the net.

Darragh Egan hit his first point of the day four minutes later when he gathered a clearance in space and struck from the right of the field. It was a shot that dropped short but made its way over the bar after coming off the palm of full back Darren Moynihan's left hand. Egan followed this up with a pointed free before Hayes ran on to a breaking ball and hit over off the run.

Both sides were finding it difficult to make any significant impression on the scoreboard. Kildangan had a chance for a goal when Hugh Flannery set up Egan who pulled wide from 14 yards. Neenan then hit over a 21- yard free. Moments later Dromin-Athlacca also spurned a goal opportunity, when Storan soloed through but Dermot Hogan in the Kildangan goal magnificently saved his shot. Before the break, Egan pointed a free to leave a point between the sides at the break. Kildangan had the better of the first half play but had dropped some decent chances short.

Upon the restart to the second half, Egan pointed his second from play when he glided the sliotar between the posts from a narrow angle to level the scores for the first time since the beginning of the contest. The game then turned scrappier yielding just a single score in 18 minutes of play. That score was the Hayes goal and gave the Tipp club breathing space during a time when the game became interrupted with injuries and substitutions.

Egan then increased the margin to four through a free that the Limerick champions responded when Eoin O'Leary caught a high ball and hit over. Dromin-Athlacca were begining to exert their force around the field and should have further closed the gap but for inaccuracies from placed ball. The sides again traded scores when another Neenan free cancelled out a Connor's point.

Three points separated the sides as the time was running out. Brian Kelly rounded off a battling performance in the middle of the field with a point, which was then followed up with an impressive score by Enda Nolan from out on the right sideline. Egan then should have added a goal to his tally when put through by Hayes but his shot was brilliantly saved and Connors rounded off the scoring with a quick sidestep past his marker and a left sided shot over the bar from 40 yards.

Kildangan have played from spring through summer and autumn into middle of December.

With the county and Munster title in tow, they look forward to the All-Ireland series of this competition next February.
But first they will enjoy the respite of a winter break. Not many teams deserve it more.