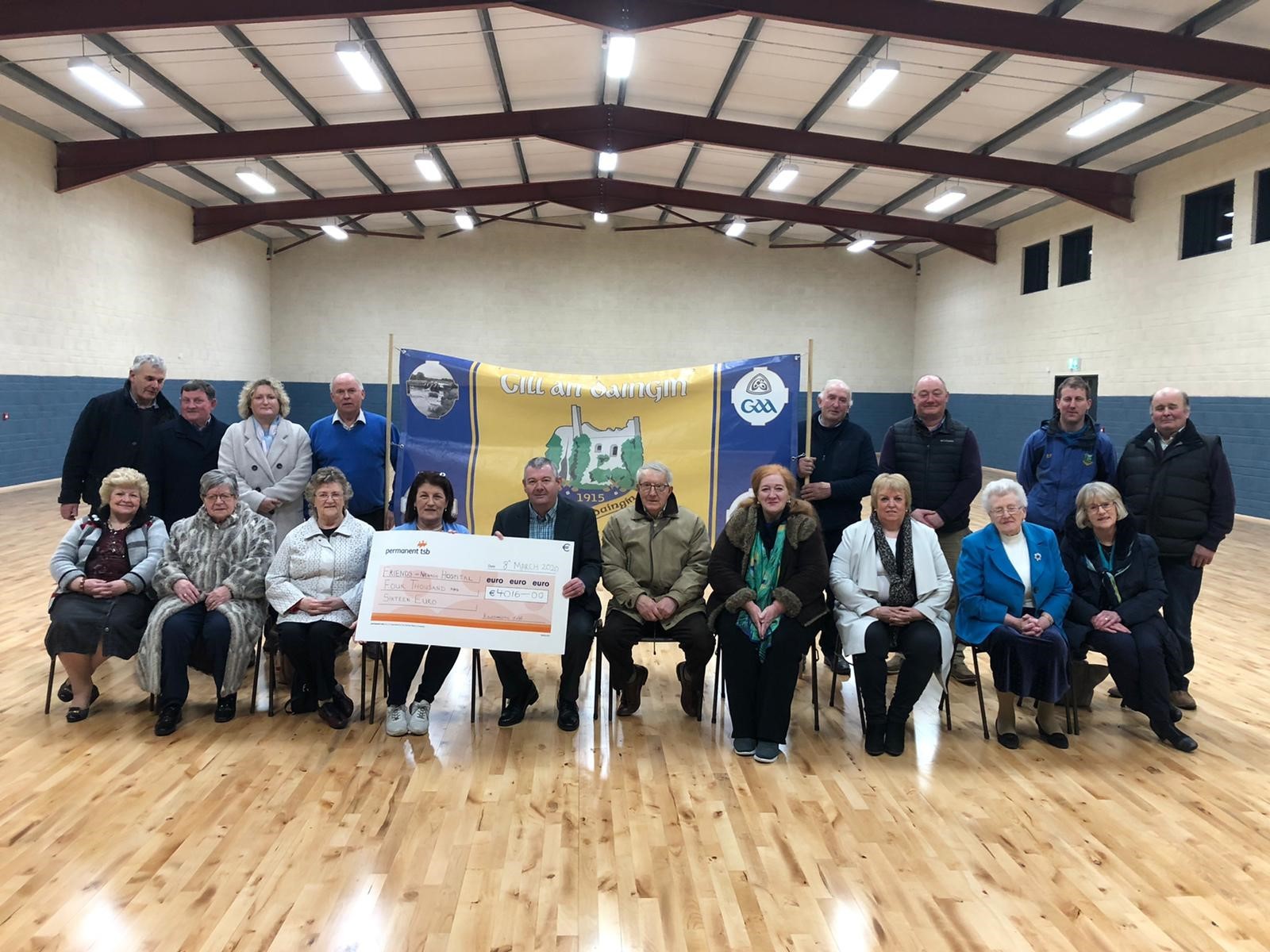 Our Senior hurlers got off to a good start in the County Hurling League last weekend with victories for both sides. On Saturday, our Senior ‘B’ side defeated Ballinahinch on a 2-8 to 0-13 scoreline in their Division 3 game in Puckane. In a game played in blustery conditions, Ballinahinch dominated the scoring in the first half with the aid of a strong breeze where they raced into a 0-9 to 0-1 lead after 22 minutes with Shane and Darragh McGrath pointing from long range for the visitors. Andy Loughnane broke through the Ballinahinch defence and finished well to the corner of the net for what was a badly needed goal for Kiladangan. The sides went into the break with Ballinahinch leading 0-11 to 1-2. With the help of pointed free’s from Paddy Coen, the Ballinahinch lead was whittled down to three points. Into the closing stages of the game, a Ruairi Gleeson point reduced the deficit to two and a further effort from Ruairi on the 60th minute dropped short and ended up in the back of the Ballinahinch net and gave Kiladangan a fortuitous one-point victory. On Sunday, the Senior ‘A’ side defeated Lorrha on a 4-15 to 2-17 scoreline last Sunday morning in Puckane. It was very much a game of two half’s with the strong wind dictating affairs. Kiladangan were in goal scoring form in the first half with well taken goals from Bryan McLoughney, Willie Connors and Billy Seymour helping Kiladangan to a 3-10 to 0-5 half time lead. Sean Hayes continued the goal scoring early in the second half to stretch Kiladangan’s lead to 17 points. However, Lorrha responded in impressive fashion, scoring 9 points in a row with the impressive McIntyre brothers, Niall and Eoin accounting for 7 of the tally. The sides then traded points late in the game before two late Lorrha goals from Ollie Cleary and Dan Donoghue resulted in a four-point victory for Kiladangan in what was a high scoring affair. Teams, scorers and score tracker of both games are available on the club’s website.

The second round of the County League will take place this coming weekend with both sides away. The Senior ‘A’s will take on Moycarkey Borris in Division 1 in Littleton whilst the Senior ‘B’s will take on Arravale Rovers in Sean Treacy Park, Tipperary Town in Division 3. Please keep an eye on the club’s social media pages, Club Zap and website for fixture details once finalised.

Last Sunday evening, Catherine Gleeson, former chair of Kiladangan GAA, made a presentation to Declan McGee, chair of Friends of Nenagh Hospital, of the proceeds of the recent Club Celebration concert to mark the opening of the new club facilities recently. Catherine was also joined by members of the club committee in the 1990s who raised significant funds which were used to complete the new club facilities

College’s Hurling
Best of luck to Bryan McLoughney who is a member of the University of Limerick Freshers Hurling panel that take on DCU this Thursday (12th March) in Bord Na Mona O Connor Park Tullamore at 4pm in the All Ireland Fresher ‘A’ Hurling final.

Hard luck to the Tipperary hurlers who lost out last weekend to Galway in the National Hurling League. This loss now ends Tipperary’s involvement in the Hurling League. Alan Flynn played at corner back whilst his twin brother Paul made a second half appearance at corner forward.

Dan O’Meara and the Tipperary footballers will be out in action this coming Sunday at 2 pm away to Leitrim.

Tipperary Supporter's club membership is available from Catherine Gleeson (0879177233) and costs just €40 to join up with all proceeds going to the Tipperary county hurling teams. More details at: http://www.tippsupportersclub.com/

Best of luck to Seanie Hackett who will be representing the club in this coming Sundays ‘GAA Club Donkey Derby’ as part of the Ballycommon Sponsored Ride. The Club Jockeys will assemble at The Thatched Cottage Ballycommon at 11am for a “warm up” and instructions from their trainers on how to tackle the Derby. They will then be transported in style to “The Field of Dreams” to meet their Donkeys & the Derby will start with the first race at 12 noon. The riders will compete in qualifiers, semi finals & final. The winner will be presented with the famous “Derby Cup”. Get to Ballycommon early on Sunday and be part of the crack.