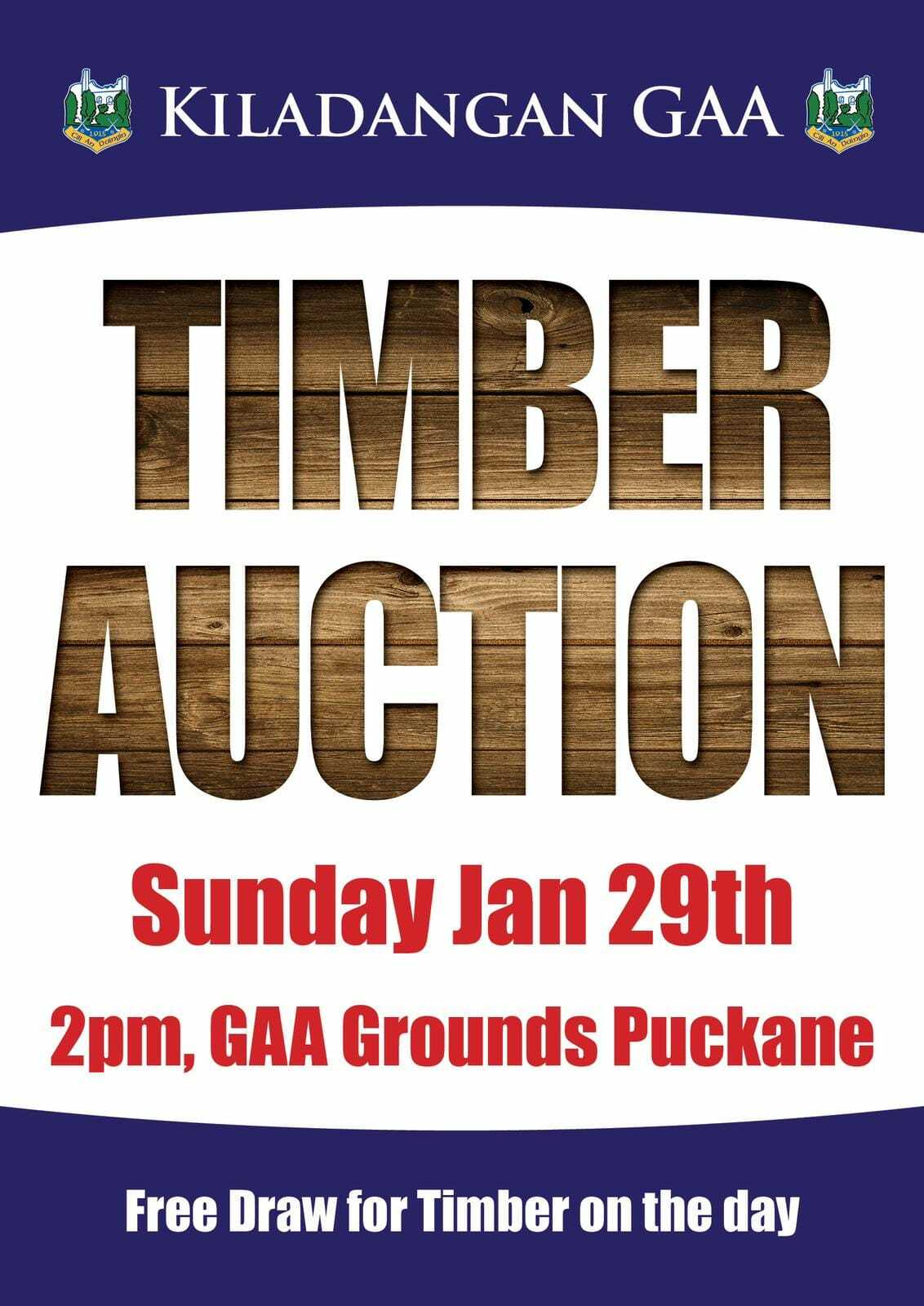 The club timber auction has been pushed back a week and will now take place on Sunday 29th January in the GAA grounds in Puckane and will commence at 2.00 pm sharp. There will be a free draw for a load of timber on the day also. We hope to see a big crowd in attendance.

The €25 lucky dip winners were as follows:

Many thanks to everyone for supporting the lotto. We would urge people to sign up for the lotto online at kiladangangaa.com/products

The Kiladangan GAA Jackpot will be now increasing by €250 per week so next weeks jackpot now stands at €6,250.

There are currently a number of options available online on how long you can sign up for whilst tickets are also available in the shops and restaurants in the parish.

Well done to Donagh Carmody (Carrig NS), who won the County Under 13 Boys Schools handball title last Saturday after a great display in the final.

The very best of luck to Donagh, who now goes on to represent Carrig NS and Tipperary in the Cumann na mBunscoil Munster finals.

Hard luck to James O'Dwyer and Daniel Boland (Carrig NS) who lost out in the Under 13 doubles final to Newport - well done to the Newport boys on their win. James and Daniel put in great displays throughout the competition.

Donagh was successful again in the handball court on the Sunday when he won a North U13 doubles title partnered with his Nenagh Handball team mate Robbie O'Brien. Donagh's younger brother Cathal was also successful, winning the North U10 doubles titled partnered with Cristóir Buckley. Well done boys.

to Kiladangan clubmen Trevor Galvin and Eamonn Kelly who were members of the Monaleen management team that won the Intermediate Club All Ireland Hurling title last Saturday evening in Croke Park.

Well done to former juvenile club player Diarmuid Moloney who was one of twelve Irish U17 cross country athletes that were in Perth Scotland last weekend to race in the UK Cross Country Challenge. A fantastic achievement for Diarmuid, his family and his club Nenagh Athletic.

Under 21Best of luck to the Under 21 hurlers who face Nen...