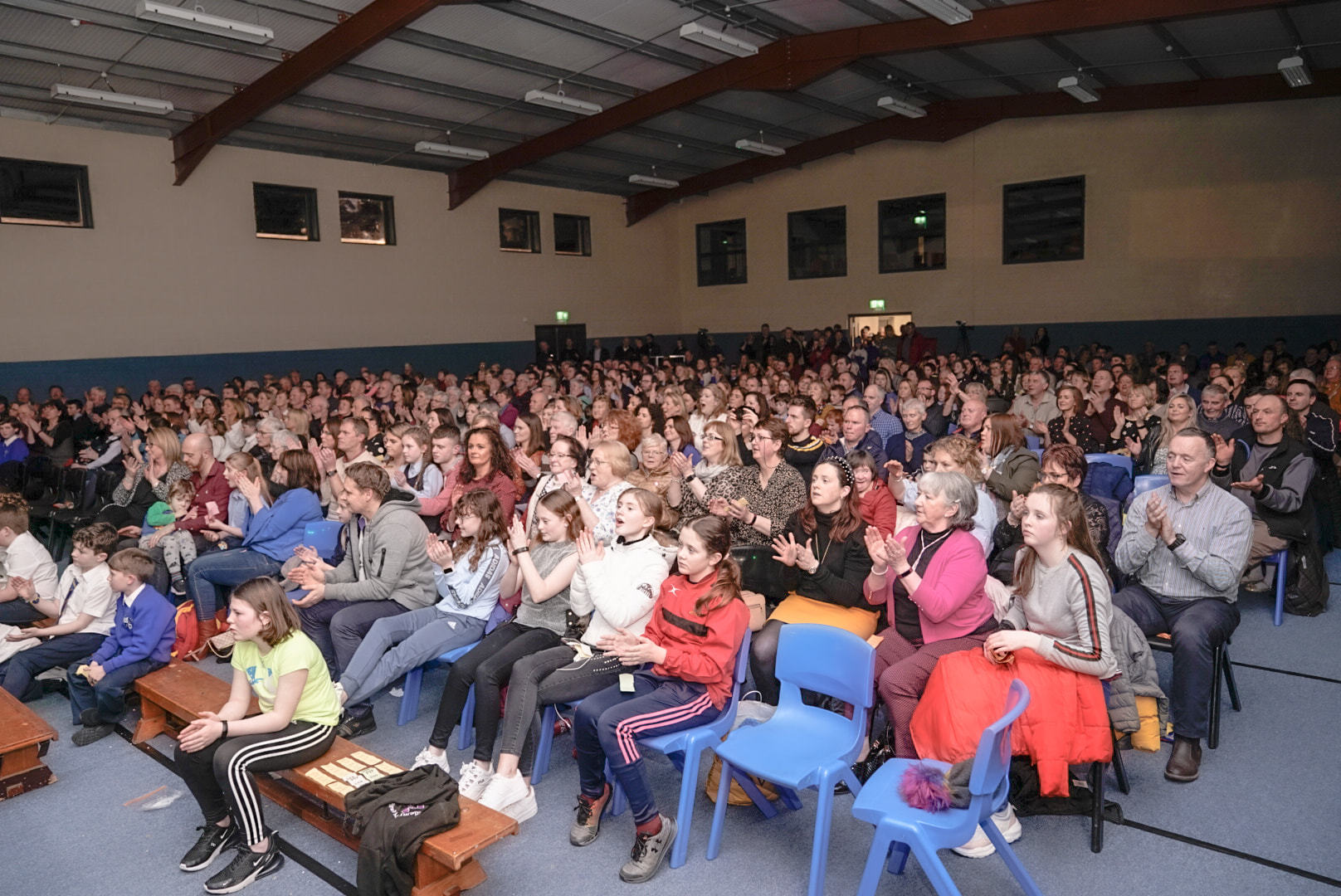 A big thanks to the large crowd that attended the ‘In Tune for Life Orchestra’ in aid of Friends of Nenagh Hospital Fundraiser last Saturday night with the hall in the new complex packed to the rafters. A big thanks must go to Ned Kelly and his Orchestra who wowed the crowd on the night and showcased what an unbelievably talented bunch that they are. Many thanks also to Mike Murphy and the Orchestra back room team in helping on putting on such a professional show. The McGrath School of Dancing were very impressive and many thanks to them for travelling to the show. Many thanks to the very talented Loughnane family with Eddie, Claire, Jack and Andy singing on the night. One of the talking points of the night was the impressive performances of the schoolchildren of both Carrig and Kiladangan National Schools as they showcased the considerable talent within the parish. Many thanks also to the teachers in both schools. Many thanks to Tonys Shop, McGraths, Kennedys and Easons for stocking the tickets. Michael Ryan Scart was, as ever, an excellent MC on the night. Many thanks also to Gary Byrne who did trojan work behind the scenes in preparation for the night.

We hope everyone that attended enjoyed the night and it was a great way to launch the use of the club’s new complex.

The County Hurling League is due to commence this coming weekend. In Division 1 Group 3, the Senior ‘B’s will take on Ballinahinch on Saturday (7th) at 4.45pm in Puckane with Peter Carroll refereeing. In Division 1 Group 2, the Senior ‘A’s will take on Lorrha the next day (Sunday 8th) at 11.30 am with Ger Fitzpatrick as referee. Please come out to support both teams.

At a meeting with clubs last Thursday evening, it was decided that the North Junior ‘B’ Hurling league will not start until the weekend of 18/19th April.

Due to a large number of injuries and the unavailability of a number of players, the club have taken the unfortunate decision to withdraw from the North Minor ‘A’ Football Championship. They minors will commence action in the North Hurling League in the coming weeks.

Well done to the Tipperary Senior hurlers who defeated Waterford last Sunday in Semple Stadium on a 0-24 to 2-16 score line. Alan Flynn played at wing back whilst his twin brother Paul made a second half appearance at corner forward.

The hurlers will be out in action this Sunday where they will take on Galway in Pearse Stadium at 2 pm.

The Tipperary GAA Bloody Sunday Commemoration Committee have announced an exciting lecture which takes place on March 9th, at 8pm in the Abbey Court Hotel in Nenagh as historian John Flannery will host a talk entitled “Bloody Sunday, A Bitter Legacy or a Legacy of Bitterness?” This event, in conjunction with the Ormond Historical Society and Nenagh 800, promises to be an entertaining, educational and insightful talk which will discuss the events surrounding that awful day and the long-lasting effects which can be felt to the present day.

Tipperary Supporter's club membership is available from Catherine Gleeson (0879177233) and costs just €40 to join up with all proceeds going to the Tipperary county hurling teams. More details at: http://www.tippsupportersclub.com/